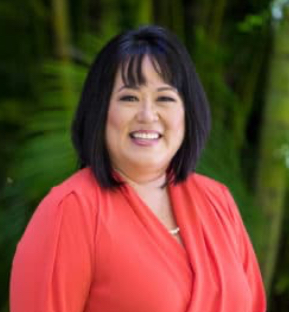 The most important thing to know about Jan Harada is that she has been a practitioner of traditional Southern Chinese Kung Fu, Lion Dancing, and Qigong for more than 20 years.

These things are critical components of her ability to manage and lead in her day-to-day duties as the executive director of the H.T. Hayashi Foundation. She joined the foundation in mid-June 2019 after a three-month sabbatical from her position as CEO/Executive Director for two different community-based nonprofit organizations, where she’d served for 12 years. Jan is a Pacific Century Fellow, Weinberg Fellow, Omidyar Fellow, and a proud graduate of Punahou School, the University of Oregon, and the University of Oregon School of Law. After graduating from law school, she returned home where she passed her Bar exam, was sworn in, and then decided not to practice law (she is on inactive status with the Hawaii State Bar Association). Instead, she has spent the last 20 years in service-oriented roles as a part of her life of service.